Experience. Dedication. Results GET A FREE CONSULTATION
Home
Asbestos
Why is the date, December 31, 1982, Significant in Terms of Asbestos Litigation?

Why is the date, December 31, 1982, Significant in Terms of Asbestos Litigation? 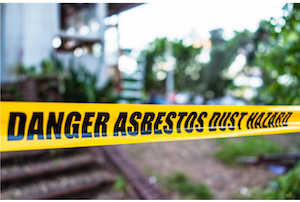 December 31,1982, now 40 years in the past, is an important date for those of us that deal with mesothelioma compensation as most of the trusts have that date selected as a day by which exposure to asbestos must have commenced in order for the trust to pay compensation.

When negotiations were underway to establish the Manville Trust (Johns Manville Corporation also known as Canadian Johns Manville) the “cut off” date for claim qualification was hotly disputed between lawyers for Johns Manville and a future claimants panel of representatives put together to safeguard the rights of potential future victims.  Future claimants were all persons who had worked with asbestos and not yet diagnosed with any asbestos related disease.  Millions of workers and their families fell into this category.

The belief at that time was that mesothelioma would reveal its presence within the next 20 to 30 years, claims could and would be paid, and the trust wrapped up and all liability issues for the corporation and the bankruptcy courts therefore resolved. As it turns out, the latency period between exposure and the development of disease is often up to 60 years. (We have recently come across a situation where the latency period for an elderly woman who worked in a Montreal asbestos plant in her youth was 74 years.) Claims have not lessened as anticipated but have in fact increased to the point that some of the trusts are reducing payment percentages on a proactive basis to avoid running out of money. Some of the earlier trusts, established with low corporate contributions have in fact closed due to the lack of money to pay claims as they failed to take action in time to withstand the number of valid claims they received.

December 31, 1982 was decided to be the date where the general public knew, or ought to have known, that asbestos was dangerous and had the potential to cause cancer. Basically, it was thrown back on the victims of asbestos exposure to be responsible for protecting themselves after this date.

As the Johns Manville Trust was the first trust established to deal with keeping asbestos litigation out of the courtroom and getting funds into claimants’ hands, this established a precedent that has rarely been deviated from.

The time before December 31st, 1982, it is agreed, that the dangers workers and their families were subjected to was being withheld by the asbestos manufacturing companies and therefore liability for providing dangerous goods is established.

As it became known through internal clandestine research how dangerous exposure to asbestos could be, corporations reduced, or removed, the asbestos from their products with the hope that the number of people harmed by their products was small enough that compensation claims could be settled on an individual basis without the need to admit liability. Many corporations used this system until their insurance coverage was fully used and it became apparent that claims would exceed the funds that had been earmarked for asbestos liability claims.

A few of the corporations who were slow to remove asbestos from their products have exposure dates longer than December 31, 1982, including Flintkote. Roofing materials were some of the last products to contain significant asbestos content.

Diagnosis of mesothelioma triggers rights to compensation from companies that mined, distributed or manufactured and sold asbestos containing products. Brown Law has the experience to assist you with putting forward claims to the asbestos bankruptcy trusts. Contact us if you or a loved one has recently been diagnosed with an asbestos related disease and you would like to discuss compensation options.