Experience. Dedication. Results GET A FREE CONSULTATION
Home
Asbestos
Why Are Limpet Products so Dangerous?

Why Are Limpet Products so Dangerous? 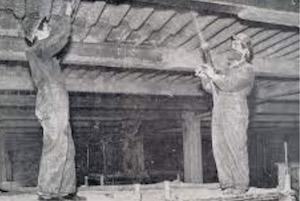 Limpet was the name given to various products having a base of asbestos by the J. W. Roberts Company, one of the founding members of Turner & Newall, in 1901. They wordmarked the term Limpet for use with asbestos primary containing products in Canada in 1944, although the product has been in use since it was first coined. 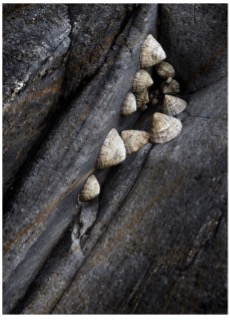 One can only assume that the name was chosen to reflect the sticking power of the aquatic mollusks that clamp themselves onto rocks in coastal areas and take advantage of the tides to wash in algae which they consume. If a limpet does not want to be detached from the surface to which it is affixed, removing it is impossible without destroying the shell and killing the creature. From an advertising point of view to convince potential customers that their product would stick tight to various surfaces, it was a good name choice.

Limpet spray, considered to be the most dangerous asbestos products ever produced, is an insulation that contains 85% asbestos fibres together with an adhesive which is sprayed onto structural steel, bonding to the girders for the life of the building. Unfortunately, it breaks up very easily and is therefore one of the most dangerous materials containing asbestos. Even minor disturbance of sprayed coatings can release large quantities of asbestos fibres into the air where they can be breathed in.

Schools and hospitals in Canada were built using this form of insulation from approximately 1930 until 1976. In later years it was marketed as fireproofing. It is still above the ceiling tiles in many school classrooms, auditoriums and gymnasiums although it is now encapsulated.

Turner & Newall, an asbestos conglomerate headquarters in Manchester, England assumed the rights to manufacture and distribute name brand Limpet Spray. There is a listing of locations in Canada that contain T&N Limpet Spray insulation, however it is woefully incomplete.

In the early 1960’s a number of companies that already used asbestos in their products developed their own “Limpet spray” formula including Armstrong (Armaspray), Keene (Pyrospray), National Gypsum (Gold Bond Sprayolite) and WR Grace (Mono-Kote) to name a few. There are lists of locations for where these products were installed in Canada, also incomplete.

This combination asbestos fibres and bonding agents was also used to fabricate asbestos boards, cladding, block and pipe insulation. These were strong, fireproof and relatively inexpensive and therefore appealed to builders. Products were developed for use in packings and jointing’s, shipbuilding, rolling-stock, acoustic treatment, heat insulation and sound insulation.

Schools and hospitals in Canada were built using this form of insulation from approximately 1930 until 1976. In later years it was marketed as fireproofing. It is still above the ceiling tiles in many school classrooms, auditoriums and gymnasiums although it is now encapsulated.

Many of these manufacturers did their own studies regarding asbestos safety as they wanted to promote the products they manufactured. Limpet Spray, right from the first study done by Turner & Newall in 1932, was deemed to be a danger to any person exposed during the installation process while the asbestos fibres were airborne. Workers applying the spray insulation were advised to cover their nose and mouth to avoid the inhalation of asbestos particles; propel fitted masks were neither suggested nor provided. It was not taken off the market until the 1970’s causing irreparable harm to millions of workers and their families.

As Canadian asbestos spray insulation locations are largely unpublished it is essential that if you or a loved one has been exposed to spray insulation, you contact us to see if your exposure location is on the list or if you need to swear a document confirming your proximity to the material. If you have been diagnosed with mesothelioma, one day of exposure to any of the sprayed asbestos containing insulation is sufficient to be the source of your exposure and qualifies you for compensation.