Experience. Dedication. Results GET A FREE CONSULTATION
Home
Asbestos
Who Knew Asbestos was Dangerous, and When?

Who Knew Asbestos was Dangerous, and When? 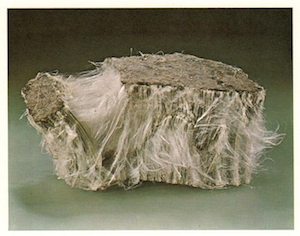 The first documented concern in the modern era about the danger of breathing in asbestos dust was in 1897 when a Vienna physician noted that there was a heightened degree of pulmonary problems together with general emaciation among asbestos weavers (and their families). These observations led him to conclude that inhaling dust containing lead and minerals (asbestos) was dangerous. He recommended ventilation and wet processing methods.

While there is anecdotal evidence dating back to Roman times that there was concern over the early disability and death of slaves who were weavers of asbestos fibers there is no documentation to confirm these facts.

In 1889 the Lady Inspectors of Factories in Great Britain raised the issue of the hazard of asbestos. Factory inspectors continually reported that there was easily demonstrated danger to the health of workers. Employers, in their opinions, were taking too few steps to ventilate and reduce the dust in locations where the sifting, carding and weaving of asbestos fibers in textile factories was carried out. There are numerous reports containing information about unexplained illnesses and death that were reported to the inspectors at “every visit” to asbestos textile plants between 1899 and 1906. The Inspectors linked these conditions to the workers breathing in large amounts of dust.

The first documented case of asbestos causing death was in 1906 when Dr H. Montague Murray performed an autopsy on a 33-year-old male who worked as a carder at an asbestos textile plant. In Dr. Murray’s opinion the patient died as a result of pulmonary disease caused by breathing in asbestos dust.

The British Factory (inspection) Department sent a request to the Bell Mine in Quebec, Canada in 1912 enquiring after the state of workers health. At that time there were 3000 to 4000 people employed in the mining industry in Canada. Bell Mine reported that their workers “looked strong and healthy and none of them had any serious objections due to the presence of dust”. Clearly mine owners did not want anyone calling their product into disrepute.

X-ray studies carried out by Dr. Pancoast, Miller and Landis in the United States in 1917 of dusty trade workers, including asbestos workers revealed worrying lung abnormalities, but as asbestos exposure was not separated out from other dusty trades the findings were downplayed.

By 1918 insurance companies, including Prudential Life, were declining coverage to asbestos workers assuming their work placed them at significant risk of future disability and early death. Insurance companies employ actuaries and statisticians who look at risks for every set of circumstances. The big insurers decided that asbestos workers were too high risk to qualify for coverage. This should have sent alarm bells ringing in the medical and industrial circles.

Starting in 1924, literature started to appear in medical journals including the British Medical Journal about asbestosis. Through the 1920s medical evidence continued to be amassed and published concluding that asbestos dust lodged in the lungs of asbestos workers which then became coated with fibrous lung tissue and caused disability. A British pathologist, Dr. Cooke, initially called it “Fibrosis of the Lungs Due to the Inhalation of Asbestos Dust” but later changed the disease name in a 1927 article to Pulmonary Asbestosis. The condition which appears on x-ray as lesions, scarring, ground glass or honeycombing in the lungs together with shortness of breath was thereafter called simply asbestosis.

In the United States, a case study appeared in the Journal of the American Medical Association in 1928 written by Occupational disease expert Thomas Oliver. The article discussed two women who were asbestos textile workers as being severely disabled by pulmonary asbestosis. The Journal also carried editorials about the subject and noted that there were many unreported cases of asbestosis out there as the condition was often misdiagnosed, particularly if the worker was not currently employed as an asbestos worker. Opinions were voiced that devices to remove the dust from the workers’ air should be used. Industry did not respond with safety arrangements until improvements in working conditions were forced upon them.

Another British doctor, Dr. Haddow, did further case studies between 1927 and 1929 and came to a number of conclusions about exposure to asbestos. Although this article was published in the UK, evidence shows that the Johns-Manville corporation sent a delegation from the Market Analysis section of their sales department to read these reports and prepare a “factual analysis” of the British medical journal findings. The Johns-Manville employees reviewed the medical literature at Mt. Sinai Hospital in New York City so there is evidence that British medical findings were available in the USA.

In Britain experts were urging in 1928 that asbestosis be added to the list of occupational compensable diseases. This was accomplished by 1930.

Dr. Merewether, employed by the British Factory Department, published a report following a study of asbestos textile workers in 1930 concluding that exposure to asbestos shortened the expected life span of workers and working conditions needed to be better managed. Together with his official government report Dr. Merewether also published his findings in the United States. Strong articles describing the danger of asbestos appeared in the Journal of Industrial Hygiene where they came to the attention of management of the asbestos manufacturing companies. Dr. Merewether opined that prohibition of the use of asbestos should be considered. It is of note that the first cases of cancer and mesothelioma had not yet been linked to asbestos exposure.

Some of these companies got together in 1929 and they approached Metropolitan Life and hired a Dr. A. J. Lanza to discredit previous articles. The study was completed in 1931 but not reported until 1935. The report appeared in various journals and magazines downplaying the danger of breathing in asbestos laden dust. It was later learned that the report failed to disclose that they studied primarily workers who been employed in the asbestos industry less than 10 years and in some cases less that 5. This is significant as asbestosis was known to have a lengthy maturation period explaining why the study was able to get the results sought by the asbestos manufacturers funding the study.

In 1933 the Children’s Bureau of the US Department of Labor convened a committee to set safety standards for workers under 18 years of age. The hearing was attended by the Presidents of Philip Carey and Johns-Manville and representatives of Keasbey & Mattison and other large asbestos companies. The Children’s Bureau announced that minors would be prohibited from working in occupations involving asbestos dust. Asbestos manufacturers were already taking steps to discredit the medical information that the Children’s Bureau had relied on in reaching this decision.

The Saranac Laboratory for Research on Tuberculosis and Industrial Hygiene Foundation was started as an adjunct to the sanatorium of Edward Trudeau in northern New York state. The Saranac Laboratory became the principal research centre used and relied upon by the asbestos industry. The earliest work that Saranac published on asbestos was released in 1931. The asbestos companies supported this work and funded the Laboratory to carry out additional research including examining asbestos workers radiologically and pathologically. Saranac did not publish another report until 1943 and their findings at that time got their funding cut.

Despite the efforts of asbestos companies, it was clearly accepted by 1935 in the medical community that breathing in asbestos dust was causing significant life-threatening diseases in workers and their families. The carcinogenic qualities of asbestos had not yet been correlated but there is no doubt that any company in the business of producing items containing asbestos was aware that there was a need to protect their workers and the public.

There is ample evidence to suggest that not only did asbestos giants like Johns-Manville and Raybestos-Manhattan turn a blind eye to the danger, they actively worked to suppress information being released to the public. There was a series of letters written in the fall of 1935, found in the Sumner Simpson papers during early litigation in an asbestos personal injury case, that demonstrates how much effort was used to control the flow of information to trade workers.

Liability due to the suppression of knowledge has led to the bankruptcy of many companies that were involved in the manufacturing and distribution of asbestos containing materials. The assets of these companies have been seized and used to set up compensation funds to which persons diagnosed with asbestos diseases can apply for financial assistance.

If you or a loved one has been diagnosed with asbestosis or mesothelioma, contact us to learn how we can help you to apply for compensation.