The Turner & Newall conglomeration started with four separate companies who amalgamated in 1920. Throughout T&N’s history these companies have maintained their own identity and product lines. These companies were:

JW Roberts was one of the four founding members of T&N. JW Roberts operated out of a factory in Armley, Leeds, England, until 1958 when they moved their works to Hindley Green, Wigan. JW Roberts was responsible for developing and patenting sprayed LIMPET asbestos insulation. JW Roberts trademarked the name LIMPET in Canada in 1944 with a reported first use of the name and product in 1901.

Newalls was one of the founding members of T&N. Newalls had employees contracted out to install lagging in ships, power stations and industrial buildings. They also manufactured asbestos products in Washington, Tyne & Wear and Paisley, Scotland.

Newalls started doing business in Canada as a registered company in 1937 however their first asbestos products were imported and available for purchase in Canada in 1911.

By 1968 the production of asbestos containing products was being phased out. In 1969 Newalls sold its Paisley factory. Asbestos use was ended at the Newalls Washington factory in June 1972.

In 1975 Newalls sold its insulation contracting business to Cape Contracts Limited. In 1980 Newalls sold its business of manufacturing and marketing of glass fibre, rock fibre, slag fibre and calcium silicate insulation materials together with its remaining properties (which included the Washington factory) to Cape Insulation Limited.

The Washington Chemical Company was one of the founding members of T&N. The WCC had manufacturing facilities in Washington, Scotland where the company started, as well as Tyne & Wear and Paisley, Scotland. Not all products made by WCC contained asbestos.

In 1964 the WCC business was merged with that of Newalls to become Newalls Insulation and Chemical Company Limited.

In 1986 all of TAC’s businesses, apart from the business operated from the Trafford Park site, were sold to Eternit Building Products Limited. TAC’s Trafford Park business was sold in 1997.

The business carried on by JW Roberts was merged with that of Turners Asbestos Cement Limited in 1970 and TAC carried on the business thereafter.

Ferodo joined the T&N group in 1925. Ferodo manufactured and supplied friction products including but not limited to brake linings and pads. Ferodo operated out of facilities in Chapel-en-le-Frith, Caernarfon and Chesterfield, U.K.

Carrying on in the family tradition Samuel Turner Jr., H. R. Turner and Gavin Milroy incorporated Turner Bros. in Montreal in 1907. In 1916 the name of the company was changed to Atlas Asbestos. Atlas joined the Turner & Newall group as a wholly owned subsidiary in 1934.

As a member of the Turner & Newall group T&N Canada purchased Keasbey & Mattison, thereby gaining ownership of the Bell Asbestos mine in Thetford Mines, Quebec.

Research done by an epidemiologist, Richard Doll in the early 1950s while working for Turner & Newall established that those exposed to asbestos for twenty years or more were ten time more likely to develop lung cancer. Working with John Knox, who was Turner & Newalls’ chief medical officer, Doll attempted to publish his findings. T&N blocked publication for five years until Doll, publishing under his own name, managed to have the study published in a medical journal. T&N spent significant time and money discrediting these findings and tainting Doll’s character to reduce the impact that the report would have on the reputation of asbestos which continued to make the company rich.

Due to Doll’s study T&N is known to have been aware of the significant danger of asbestos as early as 1950 yet did nothing to prevent exposure to the carcinogen by T&N company employees or the end users of their products. 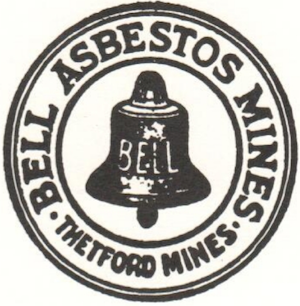 T&N owned the Bell Mines until 1980s when asbestos was under attack and the Province of Quebec nationalized the asbestos industry in an attempt to keep the asbestos mines open despite mounting evidence that the mineral was a carcinogen.

For reasons not apparent to anyone watching the rates of mesothelioma rise in industrialized countries, Federal Mogul, an American company purchased the T&N group 1998.

Largely due to the misguided purchase of T&N, Federal Mogul sought bankruptcy protection in 2001. Compensation funds were established to pay claims of sufferers of asbestos diseases caused by exposure to T&N products in the USA and the UK. The T&N UK fund opened in 2007 with the US fund taking until 2010 to start accepting claims. Canadians sustaining exposure to T&N products may qualify for compensation from both trusts.

If you have questions about obtaining compensation from one of the T&N asbestos compensation trusts, please contact us by completing the contact form or by telephoning 877.430.3383 extension 224.