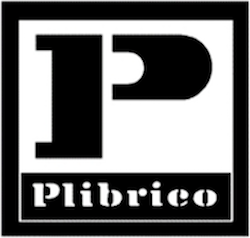 W. A. L. Schaeffler registered a patent in the United States patent office in 1914 for a plastic refractory material containing alumina aggregate and alumina cement. This process was intended to manufacture an unformed (monolithic) insulating product to line heat equipment with few or no joints. The name chosen by Mr. Schaeffler for his furnace lining material was Plicast.

The company was incorporated in Chicago, Illinois, in 1918. The original name of the company was the Pliable Brick Company. The name was changed to the Plibrico Jointless Firebrick Company when they moved to what was quickly becoming a heavily industrialized area on Goose Island, Chicago, in the early 1920s. Mr. Schaeffler believed that the industrialization of the United States of America was dependent on access to sophisticated refractories materials and his invention would lead the way in plastic refractory furnace linings.

As predicted, the Plibrico Company was successful as installing unformed refractory materials takes much less skill and time than lining furnaces with pre-cast or formed fire bricks. This meant that the cost was lower and therefore appealing to many manufactures requiring high heat furnaces to drive their manufacturing process. Examples of industries that are high users of refractory material are the iron, steel, glass, white ware, and foundry industries. Cement refractory materials were not patented until 1923 by which time Plibrico had a significant share of the market.

Plibrico registered their Plicast line of fire resisting plastic cements for furnace linings in Canada in December of 1927. Plicast linings were used in boilers, incinerators and furnaces that were fired to temperatures up to 1200 degrees. To aid the endurance of the linings to withstand these temperatures, asbestos was added to the monolithic refractory mix from the time of W. A. L. Schaeffler’s patent registration.

At the time that Schaeffler/Plibrico initially included asbestos in the material formulae for their products, the dangers associated with asbestos were not yet known. As Plibrico was a member of a number of manufacturing associations in the critical years when the knowledge of the risk of using asbestos in products was being studied by manufacturing giants such as Johns-Manville and Raybestos-Manhattan, it seems they also were involved in withholding information from the public.

The Plibrico Canadian subsidiary was sold to RHI refractories and is now a part (through a 2017 merger) of RHI Magnesita. The Canadian headquarters continues to be in Burlington. The products manufactured by this company contain ceramic in place of asbestos.

Plibrico saw the writing on the wall in 1972 and removed asbestos from their products. As their Plicase and Pilsulate products had been widely distributed and installed in Canada between 1933 and 1972 it was far too late for Plibrico to make things right. Plibrico voluntarily filed for Chapter 11 bankruptcy protection in 2002 when company assets had no hope of meeting the cost of defending and paying the asbestos lawsuits filed against the company.

The Plibrico Asbestos Trust opened for claims submission on March 8, 2006. The capital paid by Plibrico to fund the trust was $205 million. The plan was approved by a bankruptcy court judge and ended the liability of the Plibrico Company for personal injury claims related to asbestos contained in products manufactured and installed by the company.

The Plibrico trust was established to treat all victims of the company’s negligence equally and review claims on an egalitarian first in first out basis. Generally, claim review times are less than a month. Canadian claimants are treated equally to victims from the USA.

The use of asbestos in refractory material put boiler and furnace workers at risk. If you or a loved one worked with insulation and refractory products and are suffering from an asbestos caused disease, contact us to discuss your compensation options.