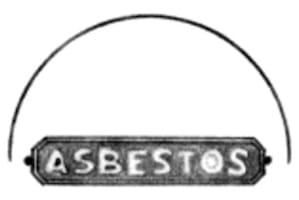 These mines are discussed together as they were all eventually owned by Asbestos Corporation Limited.

The King Brothers owned 5000 acres in Thetford Township, Quebec, and in 1878 founded the King Brothers Company. King Bros. operated an open pit asbestos mine for almost 50 years before selling out to Asbestos Company Limited in 1925.

The Jacob mine opened in 1880 in Thetford Mines, Quebec. It was only operated by the Jacob family for 10 years before the Beaver Asbestos Company bought the mine and it became known as Beaver-1. A second well originally owned and operated as the Bennett-Martin mine company also came under the ownership of Beaver Asbestos Company and was dubbed Beaver-2.

The Asbestos Company Limited acquired the King and Beaver mines in 1925 and thereafter the mines were referred to as King Beaver.

The King, Beaver, Bennett-Martin and Johnson mines all mined the same asbestos vein in Thetford Mines.   Originally they comprised separate pits or wells immediately adjacent to each other. With ownership of the former mine companies ACL was able to consolidate the pits and follow the vein of asbestos without having to stop at the former property lines.

Working with the Bell and Johnson’s mining companies it was decided in 1953 that the entire town of Thetford Mines (which was sitting on top of the asbestos vein) needed to be moved. They worked out an agreement that surface structures including the Quebec Central Railway, city streets, water and sewer lines and all buildings that “interfered” with the extraction of the ore would be moved. It was called the Relocation project and a corporation was organized to carry out the work of moving over 100 houses and businesses.

A portion of a 1958 survey of the area shows where the ore body is situated beneath the town and how closely intertwined the mine properties were at the time. The cost of the project was split with Bell bearing 82%, Johnson’s 13% and Asbestos Corporation Ltd the remaining 5%.

The Johnson’s Company was purchased by Asbestos Corporation Limited in 1964.

A fire destroyed the building housing the rock crusher and the dryer at the Beaver Mine in 1974. Thereafter ACL trucked the crushed and dried ore for processing at the King mine mill. Massive conveyer systems to enable the rock to be loaded into trucks for transport as well as to move the sterile rock to tailing piles were required.

Asbestos was big business in the town of Thetford Mines when all of the mines were in full operation. Figures published by the industry suggests that 70,000 direct asbestos workers were involved in the asbestos industry in 1974.

At a 2006 trial in Garza vs. Asbestos Corporation Limited evidence was introduced that ACL was the supplier, exclusively, to Eagle Picher Industries who manufactured insulation products for use in ships, petro-chemical plants and steel mills.

ACL initially shipped their raw fibre to customers throughout the USA in jute bags. These were upgraded to double walled paper bags in the 1960s. No warning lables appeared on their packaging until the 1970s, although there is ample evidence that ACL was aware of the hazard their product caused decades earlier when the Metropolitan Life Insurance Company carried out a heath survey of ACL workers completed in November 1930.

Fifty four percent, a controlling interest, of Asbestos Corporation Limited was purchased by US owned General Dynamics Corp in 1969. When the Province of Quebec nationalized the asbestos industry in 1981 by forming the Société nationale de l'amiante they forcibly “purchased” the shares of General Dynamics. The remaining 46% of the shareholders, many private individuals, were never fully paid and litigation continues to this day by those shareholders and their estates.

The King mine closed in 1986. There are four remaining mine buildings including one used as an interpretive centre. The cobbing shop from the Bell mine has been relocated to the site as it was the only remaining mine building from the era when asbestos was extracted from the rock by hand. The Beaver mine closed in 1995. In Quebec, despite the overwhelming evidence to the contrary, asbestos is felt to be under attack unnecessarily and preservation of artifacts of the asbestos era are revered.

The Province of Quebec has long made getting information about mines and mining companies difficult to obtain. The Quebec Business Records Act prohibits transmission of information outside the province and therefore a full picture of Asbestos Corporation Limited financial position is difficult to ascertain.  It has had sufficient assets to pay Judgements against it for personal injuries caused by their asbestos mines.

The exodus of anglophones from Quebec in the 1970s leaving a low number of English speakers in Thetford Mines has insulated former mine workers from access to information from which they could determine for themselves the truth regarding the dangers asbestos poses.

Diagnosis of asbestosis or mesothelioma triggers rights to compensation from companies that mined or distributed asbestos or manufactured and sold asbestos containing products. Brown Law has the experience to assist you with putting forward claims to the asbestos bankruptcy trust. Contact us if you or a loved one has recently been diagnosed with an asbestos related disease.