If you are confused about Kaiser Gypsum and Kaiser Aluminum and Chemical Company look no further than the fact they were started by the same man, Henry J. Kaiser, and they both eventually took on his name.

Henry Kaiser started the Permanente Cement Corporation in 1939. He selected the name Permanente simply as a convenience as his first cement plant was quickly built to fulfill a government contract near the Permanente Creek in California. Kaiser had bid on a contract to supply the cement and aggregate for the Shasta Dam, with no facility to produce the materials promised. He also purchased the mineral rights to dig a limestone quarry in the area (known as the Permanente Quarry) and it has been producing aggregates and limestone continuously, since it opened in 1939. Kaiser had previously been involved in the building of the Boulder and Hoover Dams, so he had some experience with the need for Portland Cement. Winning the supply bid provided the opportunity to start a new venture, and he had the Permanente quarry and kilns up and running in seven months. 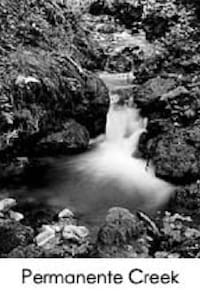 In 1940 Kaiser started another venture, Todd Shipbuilding, which went on to become the Kaiser Aluminum and Chemical Company.

Permanente was later contracted to supply the military with cement for their Hawaiian air base during the conflict with Japan. The cement was shipped dry and mixed on the scene. Permanente took on many other large-scale building projects in California, particularly highways and dams.

Permanente Cement, still operating out of California, changed its name to Kaiser Gypsum & Cement Company in 1964. At that stage Permanente was expanding their cement line into specialty building products. They manufactured some of the same products as their subsidiary Kaiser Gypsum (Washington state). It was products such as Mineral Fibreboard and Joint Compound that included asbestos that led to the collapse of the Kaiser empire.

Through the next decades Permanente merged and was acquired by other companies and went through various name changes, ultimately settling on Hanson Permanente Cement Inc. in 1999. At all times Permanente was the parent company of the separately operated Kaiser Gypsum. Permanente has always owned 100% of Kaiser Gypsum’s stock.

Due to an overwhelming number of asbestos injury claims neither company has been in active business since 1978 when all of the assets of Kaiser Gypsum were sold. The majority of the asbestos personal injury liability lies with Kaiser Gypsum but as sole owner, Hanson Permanente bears ultimate responsibility.

Hanson Permanente continues to own the Permanente property including the quarry, although it has been leased to Lehigh Southwest Cement since 2008. The corporations have been kept active solely to deal with litigation that involve both personal injury and environmental contamination issues.

Kaiser Gypsum bankruptcy filings indicate that none of their gypsum plasters or gypsum wallboard ever contained asbestos. Part of their product line including joint compounds, textured paints, and acoustical ceiling tiles contained asbestos from 1952 to 1976.

Asbestos had been linked to health problems for decades, with that information being actively suppressed by corporate management. This is the basis for liability being found against companies including Kaiser Gypsum. There are reports that Kaiser Gypsum has been named in over 38,000 injury claims with 14,000 still pending when they filed for Chapter 11 Bankruptcy protection in September of 2016.

Currently, negotiations are underway to establish a fund to resolve the 14,000 asbestos claims open against Kaiser at the time of the petition as well as any claims that may arise in the future. The Asbestos Trust is to be called the GUC Trust. The first plan was rejected and a second will be considered by the court in 2019.

Provided that the plan obtains approval, it may still be a considerable time before claims can be submitted. It generally takes at least a year after the court approves a plan for a settlement facility to be up and ready to accept applications. During this time the statute of limitations does not run.

If you believe that you or someone you love has developed mesothelioma as a result of working with a Kaiser Gypsum Company product, please contact us to discuss your compensation options. Consultations are free and carry no obligation.