What do Johnson & Johnson Have in Common With WR Grace? 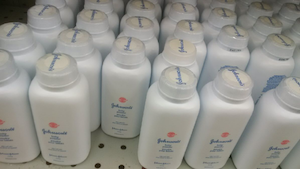 With two recent Judgements against Johnson & Johnson it appears that they may in fact have a similar problem to that which almost put WR Grace out of business in 2001. Mines contaminated with asbestos.

The Hammondsville Mine is located in the Appalachian Highlands in Vermont. The Appalachian Mountains extend 2000 miles from Newfoundland & Labrador to the southern US state of Alabama. The significant asbestos deposits in Quebec were formed during the Paleozoic era some 480 million years ago and are only a few hundred miles to the north east of Windsor County. Talc and Asbestos are commonly found together.

Asbestos was mined most recently in Vermont by the Vermont Asbestos Group. There are a series of pits/quarries in Lowell and Eden VT which have been owned and operated by many different asbestos manufacturing companies since the early 1900s. Asbestos was actively mined not a hundred miles from the Windsor County talc mines until 1993 when asbestos mining ceased. It is not surprising that there have been studies that indicate that all talcs historically contained microscopic traces of asbestos.

The Lawyers for the Lanzo’s were able to present evidence that in 1969 Johnson & Johnson created “Project 101” after their lead medical doctor identified the problem with asbestos being in the talc causing diseases which would be a problem in forty years if Johnson & Johnson did not take steps to fix the problem.

Instead of solving the problem, Johnson & Johnson went on the offensive and trained their staff to assure consumers that “asbestos has never been found and it never will’’ in its baby powder. During the Lanzo’s trial evidence was presented that Johnson & Johnson were warned on numerous occasions of the contamination and the danger that asbestos posed, yet repeatedly published reports and articles that their talc contained no asbestiform fibres.

After all evidence was presented the Jury found that the cause of Steven Lanzo’s mesothelioma was caused in part by asbestos contaminated Johnson’s baby powder. Johnson & Johnson has appealed the decision and we will be watching it work its way through the Court of Appeal.

Also at fault in the covering up of the asbestos contamination issue is a company called Imerys Talc America. Imerys Talc, formerly called Cyprus Minerals, purchased Windsor Minerals, and with it the contaminated mine, from Johnson & Johnson in 1989. They did this despite having tested the talc in 1975 and finding asbestos. After they purchased the mine it appears they took no steps to remove the asbestos particles from the talc before selling it to cosmetic manufacturers which included Johnson & Johnson.

After the sale of the Windsor talc mine to Imerys, Johnson & Johnson purchased its talc for the North American market from Imerys who mined it from the contaminated Windsor, Vermont mine. Since 2003 the talc Johnson & Johnson has purchased from Imerys has not been from the Windsor mines although it is being sold to other cosmetic talc companies so it is still in other cosmetic talc products.

During the Lanzo trial a representative for Imerys admitted that Imerys and its predecessor entities knew since the 1960s that asbestos exposure causes cancer.

After three months of hearing evidence in the Lanzo trial the Jury determined that both Johnson & Johnson and Imerys Talc America were aware that the talc was contaminated and not only did they not warn of the danger, they actively took steps to assure the public that their product did not contain asbestos. This was the basis for large punitive damage awards.

Asbestos is the cause of mesothelioma when it is inhaled or swallowed. Talcum powder by its very nature becomes airborne when it is applied. Miniscule particles of asbestos fibres contained in baby powder used on infants decades ago may now be the downfall of Johnson & Johnson. How long will it take the corporation to admit liability?

WR Grace denied responsibility for the thousands of victims caused by asbestos contamination in its mine until 2001 when they were facing 130,000 law suits. Will Johnson & Johnson do the right thing sooner?

If you have been diagnosed with mesothelioma cause by exposure to asbestos contained in talcum powder contact us now to discuss your compensation options.

Imerys Talc America indicated on February 13, 2019 that they would seek Chapter 11 Bankruptcy protection in the USA. Imerys Talc Canada also sought creditor protection, although it has never been found that the Imerys talc mines located in Timmins and Penhorwood, Ontario, were contaminated with asbestos particles. This event occurred during a trial in California where Imerys was named as a co-defendant with Johnson & Johnson, and as a result Imerys was let out of the action. There are 14,000 ongoing claims in the USA against Johnson & Johnson that also include Imerys as a defendant. Bankruptcy means that all of these action will be stayed against Imerys and proceed only against Johnson & Johnson.

Imerys America had stated in their Delaware court filings that it is their intention to establish a bankruptcy trust to assess and pay injury liability claims. The creditor protection of Imerys Canada is a good thing for Canadian Mesothelioma victims as it shows a willingness to establish an Asbestos Trust that Canadians can access. It is likely to be years until a trust is open and accepting claims. Brown Law will report on progress as events occur.

A seventh verdict against Johnson & Johnson was delivered on March 14, 2019 in the case of a California woman, Terry Leavitt, who is suffering from mesothelioma.  The jury listened to two months of testimony, and then deliberated for only two days.  They found Johnson & Johnson were aware that the talc was contaminated with asbestos and then covered it up.  Terry Leavitt and her husband were awarded $29 million in damages.

Johnson & Johnson has already indicated that they will be appealing the decision.

The verdicts are piling up.  We hope Johnson & Johnson will soon admit liability and compensate mesothelioma victims adequately.  The millions they are spending in legal fees should be in the hands of the people who have mesothelioma, not the lawyers defending Johnson and Johnson.