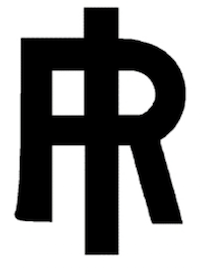 Simon Ingersoll invented and patented his invention of a steam powered rock drill in 1871. To build and sell these drills the Ingersoll Rock Drill Company was formed.

Another company in the same industry was formed in 1872; the Rand & Waring Drill & Compressor Company.

By the time these companies merged in 1905 additional products had been invented and introduced to their product lineup, including hammer drills and portable air compressors. Ingersoll drilling equipment was being used in the construction of the Panama Canal.

To generate capital for expansion, Ingersoll-Rand went public in 1906. Ingersoll-Rand expanded its product line by buying other companies including Imperial Pneumatic Tool, A.S. Cameron Steam Pump Works and J.G. Leyner Engineering Works Company. Purchasing these companies meant that Ingersoll-Rand had manufacturing and distribution rights to products such as jackhammers, pumps and air powered tools. This meant that they were honestly able to advertise that they were the “largest supplier of air tools in the world”.

With a wide range of equipment for the mining, oil and gas industries, Ingersoll-Rand moved into Canada by registering their IR ™ logo for use on goods in Canada in April of 1920. The same day the Ingersoll-Rand Logo was registered, the Canadian version was also registered. The Canadian headquarters for Canadian Ingersoll-Rand Company, also known as CIRCO, was in Montreal, Quebec.

Ingersoll-Rand had an extensive line up, even in 1920, of turbines, pumps, compressors, drills and equipment for industry, power generation, oil and gas extraction and mining. The product lineup in 1920 included over 300 products.

In 1933, Ingersoll-Rand strengthened its line of turbine driven centrifugal compressors by acquiring a comparable product line from General Electric.

A revolutionary line up of air powered impact tools was introduced in 1934. These continue to be widely used by mechanics in the auto, airspace, and industrial equipment industries. Air compressors, hoses and air tools is a multimillion-dollar business and has remained at the core of Ingersoll-Rand’s business. IR formed a distribution network for their products in the 30s and 40s which is still in place today.

To ensure a continuous supply of bearings for use in their pumps, compressors and drills, Ingersoll-Rand purchased the Torrington Bearing Company in 1968.

Until the Environmental Protection Agency (EPA) in the United States publicly declared that asbestos was a hazard, many Ingersoll-Rand products included asbestos. Ingersoll-Rand purchased asbestos containing gaskets, packing, rings and valves and incorporated those items in their compressors, pumps and tools. Service of equipment put maintenance workers at risk of exposure to those asbestos containing materials. Old gasketing and packing often had to be scraped off, releasing asbestos particles into the surrounding air. We know that the Lake Asbestos of Quebec mine sold raw asbestos fibre to Garlock until 1986 to turn into gaskets and packing. Garlock in turn supplied Ingersoll-Rand with gaskets and packing products that were incorporated into CIRCO and IR products. Including these asbestos containing products placed Ingersoll-Rand employees at risk as well as any later industrial maintenance workers who serviced the equipment.

On January 1, 1987, Ingersoll-Rand and Dresser Industries merged to form the Dresser-Rand Company. Ownership of the joint venture was initially split 50-50. Shortly after the merger Dresser took a controlling interest of 51%. The Dresser-Rand Company was headquartered in Corning, New York.

In 2008, Ingersoll-Rand purchased the established HVAC supplier Trane. Trane was formerly known as American Standard Companies, Inc., and also used asbestos in many of its HVAC components. At the time of the Ingersoll Rand acquisition, Trane was reported to have over 105,000 open asbestos claims. Ingersoll-Rand moved offshore first to Bermuda in 2002 and then to Ireland in 2009 becoming the Ingersoll-Rand Public Limited Company. Their March 21, 2017 corporate filing for the securities and exchange commission contains this paragraph:

“Asbestos-Related Matters
Certain wholly-owned subsidiaries of the Company are named as defendants in asbestos-related lawsuits in state and federal courts. In virtually all of the suits, a large number of other companies have also been named as defendants. The vast majority of those claims has been filed against either Ingersoll-Rand Company or Trane and generally allege injury caused by exposure to asbestos contained in certain historical products sold by Ingersoll-Rand Company or Trane, primarily pumps, boilers and railroad brake shoes. Neither Ingersoll-Rand Company nor Trane was a producer or manufacturer of asbestos.”

To deal with “asbestos-related matters” Ingersoll-Rand established a reserve fund of $755 million. Each claim against the company is dealt with on a case by case basis. It needs to be established and proven that Ingersoll-Rand products caused or contributed to your asbestos related disease or mesothelioma. Claims against Ingersoll-Rand can be litigated in Canada if your exposure to their products occurred in Canada and you are a Canadian resident.

If you believe that working with Ingersoll-Rand equipment or other products caused you to be diagnosed with mesothelioma contact us to start a claim against the company. The limitation for commencing an action is two years from the date of diagnosis.