Flintkote Mines Limited was a division of the massive U. S. Flintkote Company, who were world leaders in the manufacture and distribution of asbestos containing road, roofing and concrete materials made with chrysotile asbestos mined in Quebec, Canada.  The mine was located in Pontbriand which is near the town of Thetford Mines.

Flintkote got its start in the roofing business in 1901 and quickly branched out to other asphalt products including emulsions, floor tiles, shingles and cements.

Asbestos was discovered in the area of Thetford Mines in the 1870s, and various asbestos mines were opened from Asbestos (Jeffrey) to Tring-Jonction (Carey) along the Saint Joseph Fault, which is a long band of peridotite altered serpentinite about 325 yards deep.

Although the area where the mine is located was explored as early as 1886 when Dr. James Reed purchased the mining rights from the Crown, mining did not take place at the site until Flintkote purchased the land and the mineral rights in 1945. Mining commenced in 1946 after a mill was quickly built to extract the asbestos fibres from the ore.

This mine was considered to be an open pit mine and extended 670 yards long and 65 yards across. This mine actually is more quarry than pit, and therefore was harder and more expensive to work than the Jeffrey, Carey or Bell mines.

A large sales force sold directly to large roofing and building contractors and placed bids for road constructions projects.  Flintkote supplied the materials and labour for asphalt road works throughout Canada. The work force was managed and paid from central locations such as the registered head office of Flintkote Canada at 25 Adelaide Street East in Toronto.

The asphalt divisions made huge quantities of floor tile and roofing shingles.  These were installed in many commercial buildings.  Flintkote also sold to builders of subdivisions which were emerging as a large market share.   Flintkote roofing, siding and flooring were sold to the public in strong competition with Armstrong and Johns-Manville for the small contractor and do-it-yourself market wherever building products were sold.

In 1963, Flintkote opened an asbestos cement plant, the "Flintite" in Ravenna, Ohio using a subsidiary company Orangeburg Manufacturing Co. These pipes consisted of 25% chrysotile asbestos, 25% silica sand and 50% cement.  Of the 25% asbestos the majority came from the Flintkote asbestos (chrysotile) mine, while a small percentage of crocidolite (blue asbestos) was imported from Australia and South Africa.

The Flintkote Mine closed very suddenly in 1971 when the mine became a financial burden to the company. Flintkote’s relationship with Canada did not cease and they continued to operate manufacturing facilities in Canada using asbestos purchased from the Advocate mine (Johns Manville),  Carey mine (Celotex) and Beaver mine (Asbestos Company Limited). Asbestos shingles, siding and flooring continued to be the cornerstone of the Flintkote market.

Flintkote is known to have purchased LAQ raw asbestos fibres through 1982 and therefore being exposed to materials manufactured by Flintkote means that exposure to LAQ fiber can also be assumed. 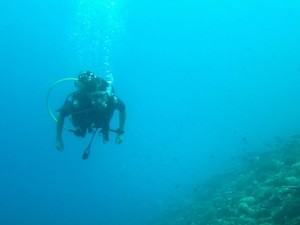 The Flintkote mine quarry is now privately owned and used as a dive site renowned for its crystal clear turquoise blue water.

Flintkote continued operation while fighting staggering numbers of mesothelioma and other asbestos disease claims. Finally, on May 1, 2004, The Flintkote Company filed a voluntary Chapter 11 bankruptcy petition. Flintkote Mines Limited filed on August 25, 2004. These cases were joined together and proceeded through the reorganization process as one. On September 30, 2015 the plan became final and resulted in the formation of the Flintkote Asbestos Trust to review, process and pay asbestos claims where the claimant was exposed to raw asbestos from the Flintkote Mine or in the manufacture, installation or use of Flintkote products. Flintkote funded the trust with $214 million USD effectively ending its liability to asbestos claimants, many of whom have not yet been diagnosed.

The Trust began accepting compensation claims on December 14, 2015.  Canadian claimants have equal rights to compensation from the Flintkote trust as victims from the USA. If you, or a loved one, worked with Flintkote products or lived in the area of the Flintkote mine and are now suffering from mesothelioma please contact us now.  If you are searching for a mesothelioma law firm we will give you information about your claim options with no obligation or pressure.  Our goal is for you and your family to do what is best for you.