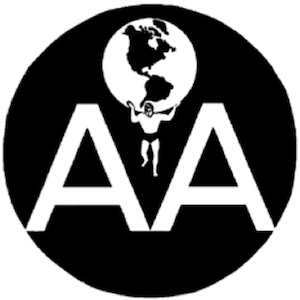 Atlas Asbestos Company Limited was incorporated in Montreal in 1907 as a company with the sole purpose to make goods wholly or in part of asbestos, namely, asbestos cement flatsheets, corrugated sheets, roof decking and pipes. The principle parties involved with the venture were Turners as in Turner Bros. also involved with Turner & Newall but until 1934 Samuel Turner Jr. and H. R. Turner owned Atlas in their personal capacity.

The company was purchased in 1934 by Turner & Newall of England who were expanding their asbestos empire. Turner & Newall also purchased Keasbey & Mattison in 1934, primarily because Keasbey & Mattison also owned the Bell Asbestos Mine.  T&N transferred ownership of Atlas Asbestos to the Bell Asbestos Mines corporation when they re-incorporated the company in Quebec, Canada in November of 1936.

Ownership of the mine made raw asbestos readily available to Atlas Asbestos. Atlas had warehouses and insulators in all major cities across Canada with the company headquarters and warehouse in Montreal located only 150 miles from the Bell Mine. 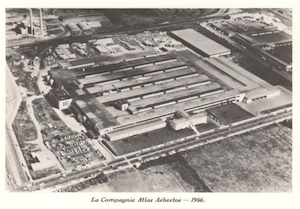 Atlas Asbestos held the head license for spray limpet insulation in Canada from 1934 until 1974. Limpet spray, due to its high ratio of asbestos, was one of the most dangerous asbestos products, particularly for the employees of Atlas. Unfortunately, as it was not yet public that asbestos was dangerous, precautions to keep other workers out of the area were not in place.

Limpet insulation is applied by combining water, raw asbestos and cement and then spraying the material at high pressure. Limpet insulated industrial businesses for relatively low cost. Atlas had a crew of insulators that travelled to wherever they had a contract. Many paper and steel mills were coated with the material. As Limpet, with its high ratio of asbestos, is fireproof, it was sought after for high temperature applications.

The danger did not stop when the insulation was installed. Removing the insulation to perform repairs disturbed the asbestos, again causing inhalable dust.

If you worked with Limpet Spray insulation or any other asbestos product manufactured by Atlas Asbestos and have been diagnosed with an asbestos caused disease, contact us if you would like to apply for compensation.