Asbestos in Concrete and Cement Products 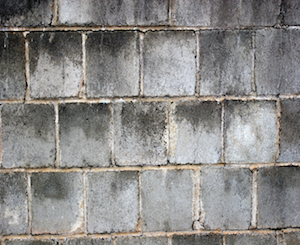 We have heard countless times by newly diagnosed mesothelioma victims that they have no idea how they were exposed to asbestos. They never worked with it. Then the conversation goes on to how they could have been exposed to asbestos. When asked what their occupation was, we get answers such as the following:

These professions brought workers into daily proximity to a variety of asbestos containing products. You did not need to work at an asbestos mine or with raw asbestos to be exposed. The asbestos was not visually identifiable and already in these products before they reached the job site.

Asbestos, until 1982, was widely used in cement to enhance fire resistance and reduce weight. Entire buildings were constructed with asbestos containing concrete materials between the 1950s and 1980s.

Masonry Cement refers to a specific type of cement that contained asbestos to increase the strength of the product. This is the bonding agent used between cinder blocks, bricks or stone. Prior to the public being aware of the danger of asbestos it was a common ingredient in masonry cement with asbestos being up to 10% of the masonry cement mix. Asbestos was inexpensive, easy to use and provided a great deal of tensile strength and heat resistance to the finished product. Masonry cement typically contained chrysotile asbestos fibres that the asbestos industry tried to convince the public was a “safe” asbestos. Bricklayers and masons as a result of asbestos use in Masonry Cement are at heightened risk of developing asbestos diseases.

W. R. Grace and Johns-Manville also had an extensive line of masonry fill which was insulation poured into cinderblock walls to increase the insulation value.

Masonry Cements that contained asbestos were made by Johns-Manville, WR Grace, Celotex, Kaiser-Gypsum, Plibrico and Flintkote. 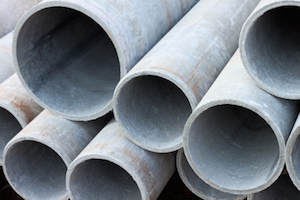 The largest manufacturer of cement pipe was Johns-Manville and a lot of it was made right here in Canada in the West Hill (now part of Toronto) transite pipe plant. Transite was Johns-Manville trademarked name but was often generically used for pipe that contained asbestos once the name caught on.

Atlas Asbestos Company started making asbestos-cement pipes for the Eastern Canada market in 1957 from their manufacturing facility on Hochelaga Street in Montreal.

The Cement Asbestos Products Company more recently known as as the Capco Pipe Company attempted to compete with Johns-Manville and Atlas but never reached the sales volume in Canada that Manville had. While Johns-Manville asbestos pipe production stopped in 1982, with the bankruptcy of the company, Capco continued to produce cement pipe that contained asbestos until 1993. Figures regarding how much of that cement pipe was imported in to Canada appears to be a closely guarded secret. Until the asbestos ban became effective December 31, 2018 asbestos being included in products imported to Canada has been done quietly but not illegally.

Keasbey & Mattison had a pipe plant in Ambler, Pennsylvania but little of that pipe made its way to Canada as T&N who owned the company also owned Atlas.  When the K&M asbestos pipe plant was sold to CertainTeed in 1962, CertainTeed agreed to not sell in Canada.  K&M and CertainTeed called their pipe AC pipe.

Cement pipe is used for municipal water and sewer lines. Thousands of miles of it lays beneath our streets carrying water in and out of out homes, schools and businesses. The workers who installed those many miles of pipe fitted the sections of pipe together often grinding them to fit. Joint Cement, also containing asbestos, was applied to the ends to seal the pipe sections together. Many of those old pipes are being repaired or replaced now continuing to place construction crews at risk. 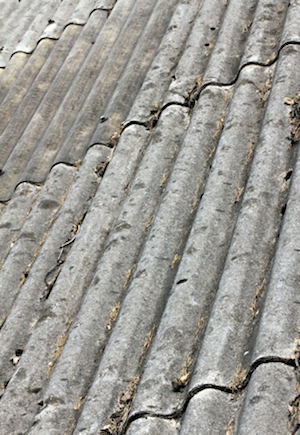 Many companies got into the pre-cast cement sheet and roofing business. The sheets were shipped to the construction site and installed by riveting the sheets together or using joint cement. Either process exposed construction workers to asbestos dust.

Furnaces, pipes and boilers were often coated with a hard shell of insulating cement. It starts as a dry powdered product in 25-pound bags. The cement was usually mixed one bag at a time and installed, more often than not, by hand. The higher the temperature the insulating cement was expected to withstand, the higher the quantity of fireproof asbestos the insulation contained. The cements used for insulating purposes rarely had any indication on the packaging that the product contained asbestos, nor was there a warning about breathing in the powder.

It is impossible to add water to cement mix without stirring some dust into the air and therefore insulators were placed in harms way by companies that manufactured insulating cements when they already were aware of the danger of breathing in asbestos containing dust.

Miles of pipes in power plants, foundries, steel mills and refineries were coated with insulating cement. Often the pipes were then painted to colour code them for future reference placing the painters at risk.

The list of companies that made insulating cements is long. With high competition in this market niche Armstrong, Owens Corning, Pabco (Fibreborard) NARCO and Harbison-Walker all jostled for position as industry leaders.

Due to the high amount of insulating cement installed on merchant and navy ships being an engine room worker on a ship could expose you to cement that contained asbestos years after installation. To this day ships built before the 1980s contain significant amounts of asbestos which has now been encapsulated and thereby deemed safe.

Usually referred to as Joint Compound or as in National Gypsum Gold Bond All-Purpose Joint Cement. CGC used the trade name Durabond™ with their line of joint cements and marketed under the name Canadian Gypsum or US Gypsum. The Durabond line of products contained from 2 to 12% asbestos.

It is wise to assume that any forms of cement installed before the mid 1980s contained some asbestos. This becomes a renovation nightmare for homeowners when it is discovered during the demolition phase and all work is halted. It is recommended that if your home was built before 1982 testing is done before the project is started so abatement can be carried out in a safe manner.

If you have been diagnosed with mesothelioma and worked in any trade that involved cement contact Brown Law to learn about compensation options. Talking to us is free and carries no obligation. It is more important to us that you make the decision that is right for you and your family than to push you to retain us.