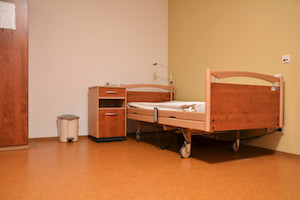 A long-term care home can be a great benefit for individuals of any age, who are not capable of caring for themselves, due to physical or mental conditions. Study after study, both public and private, find long-term care homes throughout Canada are not measuring up to the standards one would expect. This failure to meet acceptable standards is across the board, making no difference if the home is a government facility, not-for-profit, or for-profit. Long-Term Care negligence occurs when the home’s resident is neglected or abused by the facility staff.

The demand for long-term care has dramatically increased with Canada’s aging population. Resident of these facilities are generally older and now have greater care needs than before. They are among the most vulnerable members of Canadian society, unable to live independently and/or require around-the-clock nursing care in a safe and secure setting.

According to Statistics Canada’s 2015 published report, in 2013 there were 1,519 long-term care homes in Canada serving 149,988 residents. The long-term care industry in Canada is a billion-dollar industry. The industry had revenues of $10.9 billion, with a profit margin of 154.2 million.

Ontario alone has 630 long-term-care homes that provide accommodation and care to about 77,600 people. In Ontario, most residents are over 65 years old, and many may be unable to advocate for themselves. Funding to these homes, through the Local Health Integrated Network (LHINs), totaled $3.6 billion for the year ending March 31, 2015. Money spent on long-term care will increase significantly year over year, for decades to come.

The proportion of older Canadian seniors among the total senior population aged 65 years and over will also increase, from 26.6% in 2013 to 39.4% in 2045. According to a recent Ministry of Finance study, the number of Ontario seniors is projected to more than double from 2.2 million (16 % of the population) to over than 4.5 million (25.3% of the population) by 2041.

The fundamental principal of the LTCHA is the requirement that a long-term care home “is primarily the home of its residents and is to be operated so that it is a place where they may live with dignity and in security, safety and comfort and have their physical, psychological, social, spiritual and cultural needs adequately met.

The LTCHA sets out the Residents’ Bill of Rights. The facility has a duty to its residents to ensure they are protected from abuse, not neglected, to be adequately sheltered, fed, clothed, groomed and cared for in a manner consistent with his or her needs; and to live in a safe environment; to receive care and assistance towards independence.

Long-term care homes also have a duty to take reasonable care to ensure the reasonable safety of residents while they are on the premises with respect to its condition and the activities carried on there, pursuant to s. 3 of the Occupiers’ Liability Act. If a resident injures him or herself or dies because of a fall, the nursing home might be liable. The question is whether the home failed in its duty to keep the resident reasonably safe while on the premises and failed to have a reasonable system of inspection and maintenance in place, or failed to follow it.

Despite legislation, problems persist systemically within the long-term care industry. In Canada approximately 150,000 people resides in 1,500 nursing homes. These homes are often understaffed, and the staff that exists is often poorly trained and overworked.

A lot of the work involved in long term care involves physical labour such as lifting and transferring patients, involving significant time and is taxing on the worker. Thus, lack of adequate staff leads to reduced care and increase in injury and neglect.

Residents often develop unnecessary conditions such as bed sores, malnutrition, dehydration, urinary tract infections, bruises and fractures. There are incidents of them sitting in their own feces for extended periods of time, developing irritations and sores. They may receive the wrong medication, resulting in unfortunate and sometimes fatal consequences.

The long-term care facility will tell a concerned family member that these injuries were unavoidable, that the resident was frail, and had many pre-existing medical conditions, and did not have much time left.

If you have a family member suffering from neglect or abuse in a Long-Term care facility please make an appointment to discuss the situation with Michelle Brown.

Are Care Homes Doing Their Duty to Residents? To sue or not to sue? Types of Negligence or Abuse
Contact Us
Services
Contact Us